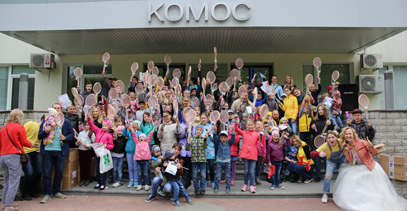 KOMOS GROUP Agricultural Holding sees corporate charity not only as the manifestation of the corporate culture but also as the form of social interaction with the society. The collaboration with the central and local authorities and the members of the general public allows for our effective implementation of charitable and social programs in four regions of the Holding’s presence: Udmurt Republic, Tatarstan, Bashkortostan, and Perm Kray.

The core areas of the Company’s activities in the field of social responsibility include: